This solar power plant located in São Domingos do Araguaia, in the state of Pará, is the second power plant outside of Brasilia developed by Shizen Brazil. It began construction in August, 2021 and has an output of 555 kWp (DC). Power generated by this power plant will be supplied through a remote net-metering system*1 to 7 retail stores located in the state of Pará of Novo Mundo, a furniture and appliance retail chain present in 9 states and the Federal District.

“I have been very satisfied with everything we’ve accomplished so far. It’s great to work with a company that is willing to follow up and answer any questions that may arise. We are in a new era where we should not only worry about our companies’ expenses, but also about their impact on the environment they are embedded in. FazSol allows us to do this, helping us to use sustainable energy for our network of stores. I’m sure this partnership will last for years” says Jhonatan Pinheiro, Facilities Manager of Novo Mundo.

With the purpose of “We take action for the blue planet”, Shizen Brazil will utilize its renewable energy power plant development and construction expertise from Japan to continue to serve the needs of Brazil in order to accelerate the renewable energy transition for a more sustainable society.

*1: “Net-metering” is a utility billing mechanism for distributed energy system owners. With net-metering, consumers are only billed for the difference between the energy consumed from the grid and the energy generated by their own facilities. When the amount of generated power surpasses that of consumption, the surplus can be carried forward to the following month. In November 2015, the Brazilian government revised its laws regarding net-metering, and is facilitating the introduction of renewable energy.

【Picture of the solar power plant】 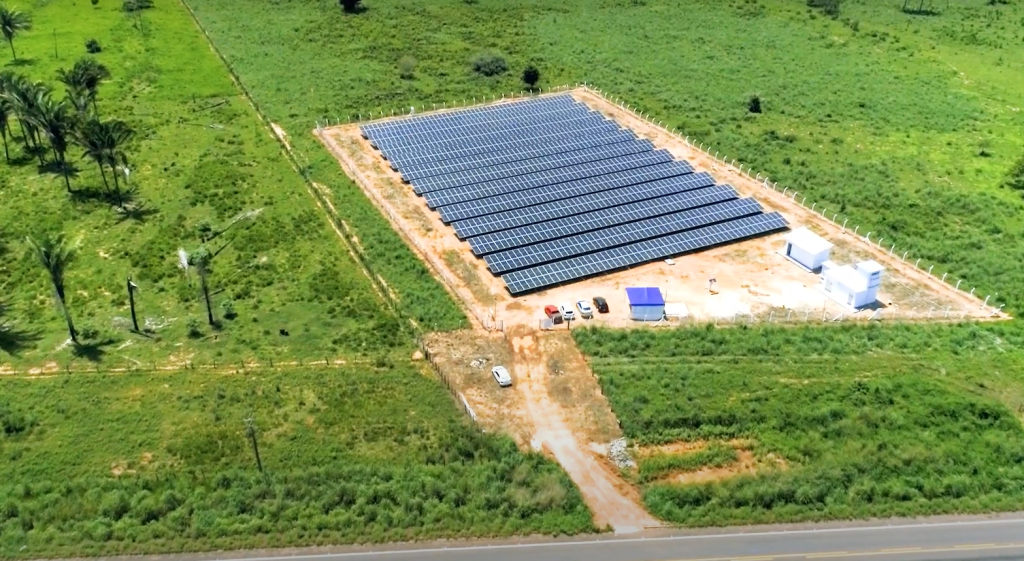 【About Espaço Y】
Founded in 1993, Espaço Y operates multiple businesses, including real estate development, construction, call centers, and other operations. Espaço Y is a leading company in the residential development, real estate, and telecommunication industries, representing its region. The company joined the renewable energy sector in 2018, after announcing a partnership with Shizen Brazil. Espaço Y aims to develop ideal places to live, with commitment to social responsibility and sustainable development.

【Shizen Energy Inc.】
Founded in June, 2011. With the PURPOSE of “We take action for the blue planet”, Shizen Energy Group has contributed to the development of approximately 1GW of renewable energy throughout Japan (as of December, 2019). The company’s business includes development, engineering, procurement, construction (EPC), operation and maintenance (O&M), and asset management businesses for the installation and operation of large-scale renewable energy power plants. It also provides decarbonization solutions such as power purchase agreements (PPA) for medium and small-scale power plants and electricity retailing. Since 2016, the company has also been focusing on its overseas operations, expanding its development and power generation projects in areas such as Southeast Asia and Brazil.