Shizen Energy Inc. (“Shizen Energy”) introduced microgrid facilities which combines solar power generation system, storage batteries and Energy Management System in KURKKU FILEDS (the “Facility”) in Kisarazu-shi, Chiba Prefecture with the aim of disaster prevention (the “Project”). Handover was completed on February 22, 2021 and the operation was started on the same day.

The Project was implemented by KURKKU FIELDS Inc. who is the operator of the Facility while NDS Co., Ltd. conducted the detailed design/construction as well as construction management. Shizen Energy designed and installed in-house development of EMS (Energy Management System), and manages and maintains the system. Also, as a certified installer of Tesla Powerpack, Shizen Energy introduced and installed the storage batteries.

The Facility experienced power failure for 11 days caused by Typhoon No.15 in September 2019. From this experience, the Facility had considered securing the capacity that enables stable and constant power supply to the site facilities such as cattle barns in case of long-term power failure as well as self-sufficient power supply to a shelter for local residents in case of emergency.

The Project is adopted under FY2019 subsidies for carbon reduction business (Project to promote the resilience of facilities for disaster relief activities and support the construction of energy self-sufficient areas to cope with severe disasters).

The Project introduced solar power generation facilities (294kW), 3 units of the industrial use storage batteries, Tesla Powerpack, (total output 333kW/capacity 669kWh) and proprietary EMS in one batch. Also, private distribution lines are installed for approximately 1km at the site which connects several facilities with new/existing solar power generation systems with storage batteries. With this, it enables the Facility to be self-sufficient on sunny days, providing electricity to the Facility for its own needs. Even when the power supply from the grid is lost due to, for example, natural disaster, sufficient power will be supplied by solar power generation system, storage batteries and private distribution lines, and KURKKU FIELDS will provide some of the Facility as a shelter for local residents.

[Feature of the Project]
On normal time 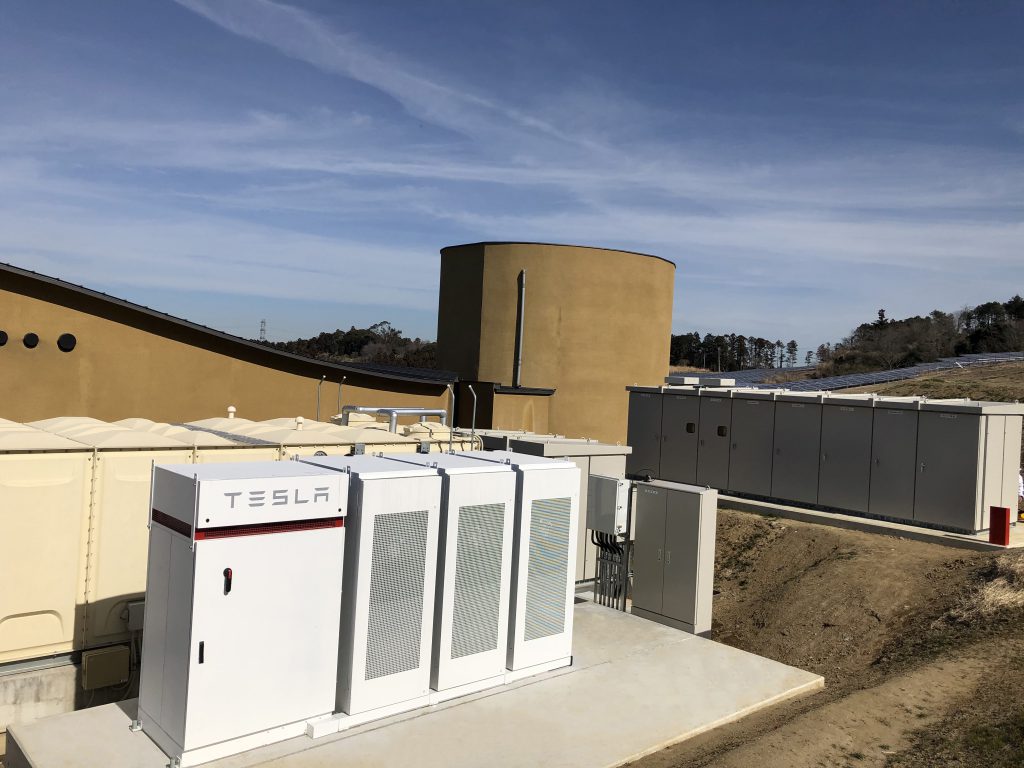 【Reference】
For more information on each company, please refer to the official website as below. (Alphabetical order)