juwi Shizen Energy Operation Inc. (“jSEO”), which specializes in the operation and maintenance (O&M) of renewable power plants, reached a cumulative total of 500 MW in O&M contracts throughout Japan in August 2021.

As a specialist in the operation and maintenance of renewable power plants, jSEO has been providing world-class O&M services at a total of over 100 solar and wind power plants throughout Japan since launching its business in 2013. In August 2021 jSEO reached a total of 500 MW in cumulative total contracts (equivalent of usage by 219,000 households*1) as well as over 300 MW at sites where O&M has already begun. 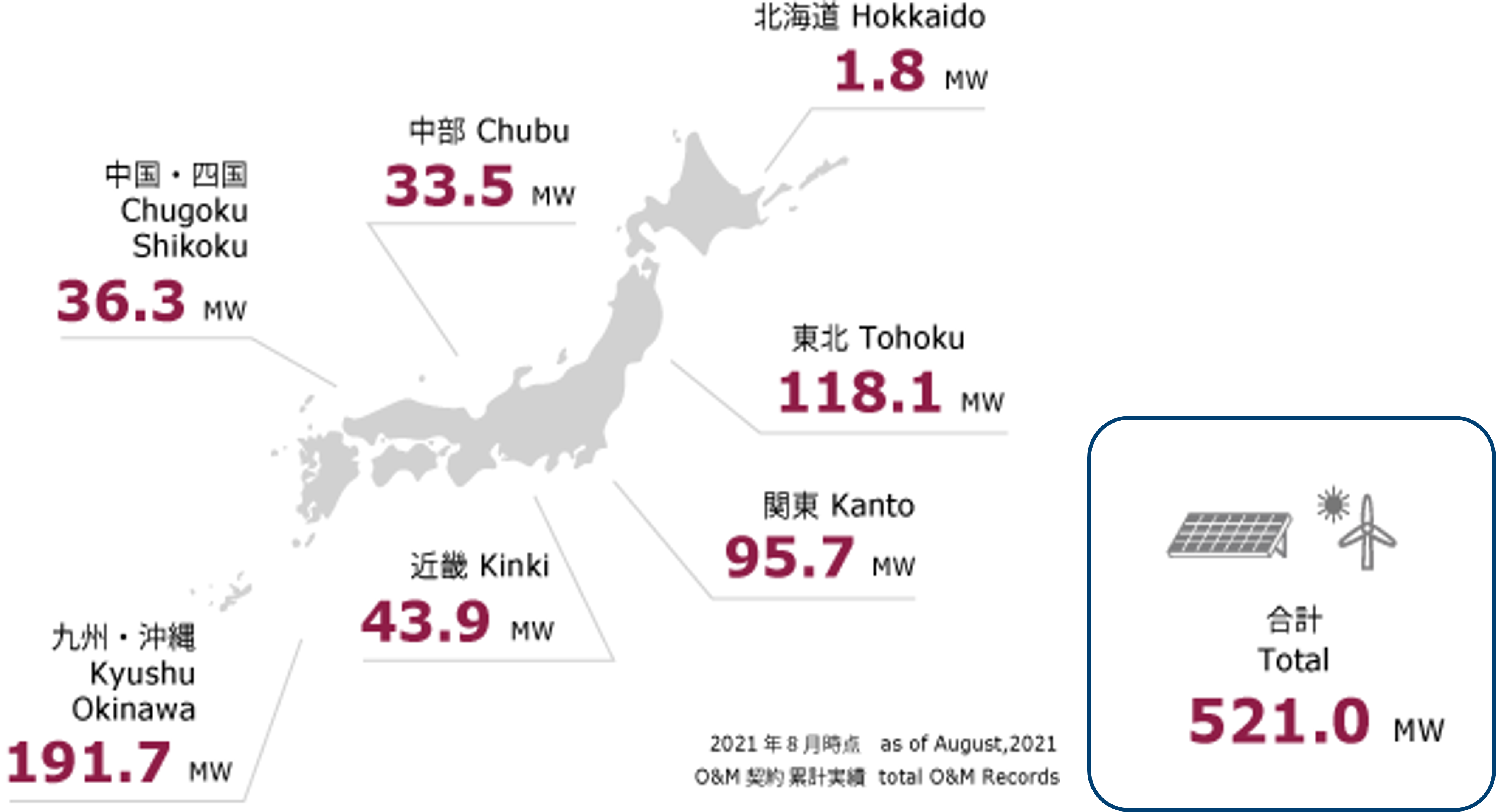