Shizen Energy Inc. (“Shizen Energy”) and Alamport Inc. (“Alamport”) announced that we started the construction to install rooftop solar power plants (total of 4.2 MW) at 13 locations including factories and shops in Indonesia in April 2021.

13 facilities as written above include: (1) two pharmaceutical factories of PT Bintang Toedjoe, the subsidiary belongs to one of the largest pharmaceutical groups (Kalbe Farma Group) in Southeast Asia; (2) nine vehicles dealer showrooms of PT Agung Automall, the exclusive distributor of Toyota vehicles in some regions in Indonesia; and (3) two timber factories of PT Sumber Graha Sejahtera under brand SAMPOERNA KAYOE, which exports mainly to Japan and Europe. The electricity generated will be supplied directly to each facility.

Supplying clean, cost-competitive and renewable energy from these rooftop solar power plants, the project will contribute to reducing their average electricity cost without incurring any initial investment. In addition, as the mainstream power generation method in Indonesia is coal-based thermal power, switching a portion of electricity consumption to renewable energy sources will contribute to the effective GHG (greenhouse gas) reduction in business activities. Overall, the project is expected to generate 6,151MWh of electricity per year, with annual GHG reductions of 3,772t-CO2 in total.

This project has been selected for a Financing Programme for the Joint Crediting Mechanism (“JCM”) Model Projects[1] in FY2020, by the Ministry of the Environment of Japan (“MOEJ”), with Alamport as the representative participant and Shizen Energy as one of partner participants. The project is implemented under the cooperation between the government of Indonesia and Japan.

Shizen Energy defines its PURPOSE of the company to “take action for the blue planet.” Achieving its PURPOSE requires a broader use of safe and sustainable energy through renewable power plants development worldwide. We believe our course of actions will make more people live happily on Earth. Shizen Energy will strive to realize a “100% renewable-powered planet”, through development, construction, operations, and maintenance of renewable energy power plants that are high quality and community-driven.

Alamport aims to develop, promote, and realize projects that contribute to the development of people’s lives and industries through partnerships with local and Japanese companies, focusing on renewable energy that can utilize Indonesia’s abundant natural resources.

[1] Ministry of the Environment, Japan, has been implementing the “JCM Model Projects,” which provides financial supports covering up to half of the initial investment costs. The purpose of this model projects is to financially support the implementation of projects which reduce GHG emissions by utilizing leading decarbonizing technologies in developing countries, and in return, to acquire JCM credits for achievement of Japan’s GHG emission reduction and the partner countries emission reduction target. 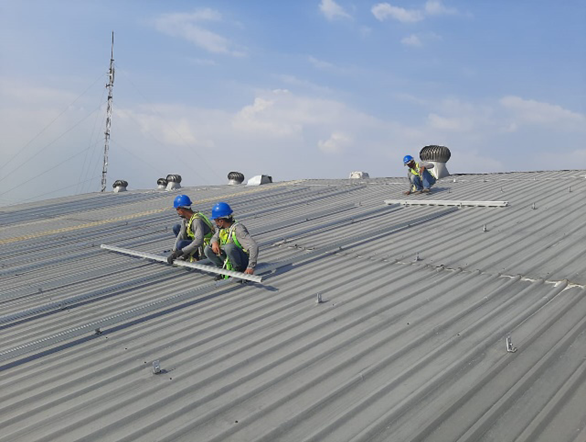 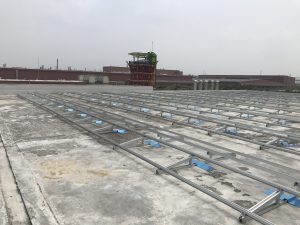 [Pictures from the construction sites]

[Reference]
1: Preliminary Selection Result for Financing Programme for JCM Model Projects in FY2020 (Ministry of the Environment of Japan):
https://www.env.go.jp/en/headline/2493.html

2: About the Joint Crediting Mechanism (Ministry of the Environment of Japan):
https://www.carbon-markets.go.jp/eng/jcm/index.html

[About ATW Group]
Founded in October 2017, ATW Group has been one of the fastest growing and prominent companies that specializes in solar energy solution with a total portfolio of 20 MWp in Indonesia. Envisioning “energy independence for everyone with the power from the sun,” ATW Group provides integrated solar solutions:  solar equipment distribution (under PT ATW Sejahtera), engineering & construction services as well as research & development (PT ATW Solar), and solar zero-investment rental services (PT ATW Alam Hijau).
URL: https://www.atw-solar.id/

[About Alamport Inc.]
Founded in March 2015. Alamport is engaged in business development, investment, consulting and advisory services to achieve the promotion of renewable energy projects that are closely aligned with local needs. The company is involved in a wide range of renewable energy projects using local natural resources effectively, including solar, hydro, biomass, and biogas. Shizen Energy Inc. is a 20% shareholder in Alamport.
URL: https://alamport.net/en/

[About Shizen Energy Inc.]
Founded in June 2011 with the mission of “We take action for the blue planet.”, Shizen Energy Group has contributed to the development of approximately 1 gigawatt (as of the end of May. 2021) worth of renewable energy across Japan. It is engaged in all services required for the installation and operation of solar, wind, small hydroelectric, and other renewable energy power plants, such as development, EPC (engineering, procurement, construction), O&M (operation and maintenance), retail electricity market, and asset management. The company intends to construct photovoltaic power plants in countries around the world, beginning with the regions of Asia and South America. More specifically, in 2018, it launched the construction of such plants in Indonesia and Brazil.
URL: www.shizenenergy.net/en/