This solar power plant was installed by AAH on land adjacent to PT. Anugerah Pharmindo Lestari’s (APL) distribution facility in Cikarang, West Java. APL, a group company of Swiss health care corporation Zuellig Pharma, has a logistics facility in the industrial park in Cikarang and distributes materials. The electricity generated at this solar power plant will be utilized by APL.

“APL plays an active role in prioritizing the value of sustainability in business. APL will continue to collaborate with strategic parties to achieve ambition in our sustainability mission with other initiatives.“ said Christophe Piganiol, President Director of APL.

According to the press release from APL, “With the spirit to provide the best for future generations, APL strives to develop sustainability pillars. In addition to the Cikarang NDC facility, APL is also preparing the installation of solar panels for APL Medan and is targeted to be completed in 2022. Through our Sustainability programs, APL hopes that APL can have a positive impact on the environment.”

APL can reduce electricity costs by using price-competitive clean renewable energy without initial investments. In addition, by switching a portion of its electricity consumption to renewable energy sources, APL will contribute to the effective reduction of greenhouse gas (GHG) emissions in its business activities. This project is expected to generate 1,089MWh of electricity per year and reduce GHG emissions by 669t-CO2 per year. The Indonesian government has declared that the country will achieve carbon neutrality by 2060, and this project will also contribute to achieving that goal. 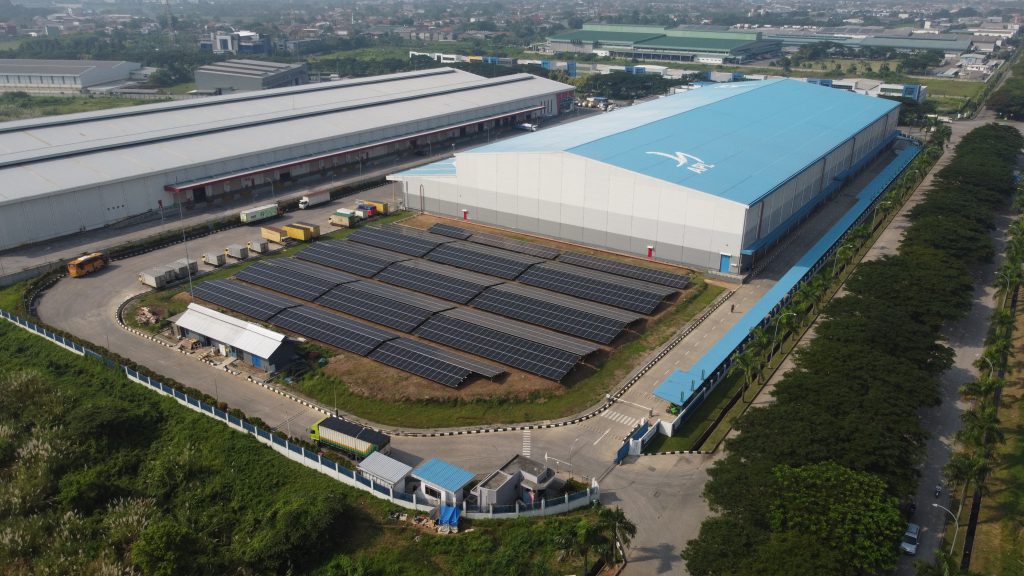 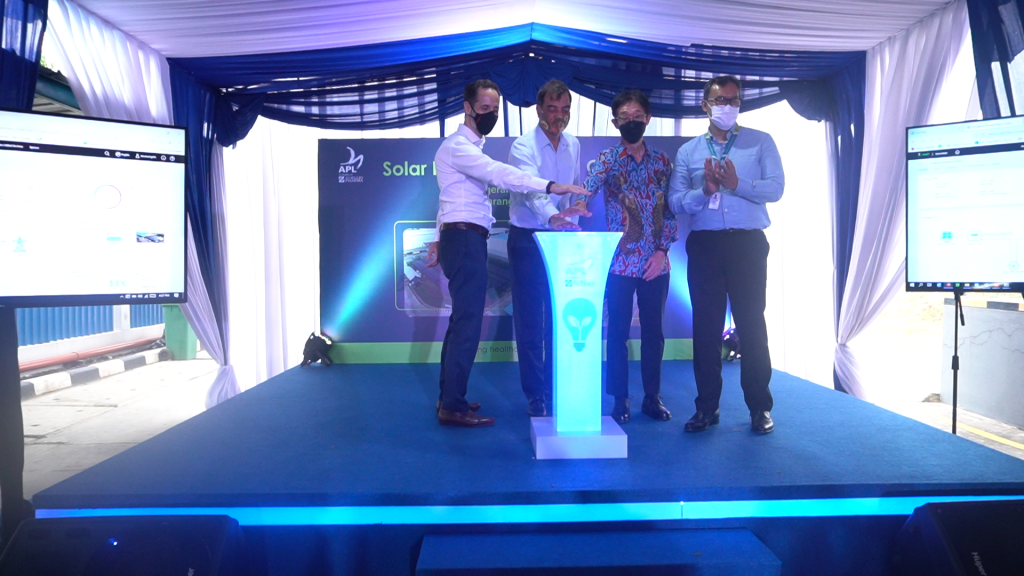 Established in August 2021, ANR is a joint venture of the NiX Group, whose core companies are Alamport Inc. and NiX Co., Ltd.. Alamport is engaged in business development, investment, and consulting and advisory services to promote renewable energy projects that meet local needs in Indonesia and other Southeast Asian countries. It is involved in a wide range of renewable energy power generation projects tailored to local resources, including solar, hydropower, and biomass. Shizen Energy has a 20% stake in Alamport. 16 domestic and overseas companies, including special-purpose companies, form the NiX Group, whose core businesses are construction consulting and power generation in Japan and overseas. In particular, in the power generation business in Indonesia, the company is currently constructing and developing two of its own hydroelectric power plants, mainly through its local engineering corporation, and plans to expand its business in the region in the future.

Founded in June, 2011, with the PURPOSE of “We take action for the blue planet”. The company’s business includes development, engineering, procurement, construction (EPC), operation and maintenance (O&M), and asset management businesses for the installation and operation of large-scale renewable energy power plants. It also provides decarbonization solutions such as power purchase agreements (PPA) for medium and small-scale power plants and electricity retailing. In addition, since 2016, the company has been focusing on its overseas operations, expanding its development and power generation projects in areas such as Southeast Asia and Brazil.

<For inquiries regarding this press release>