The Plant is one of the projects of the “Accumulation Promotion business of Wind Power-Related Industry in the Hibikinada District of Wakamatsu Ward, Kitakyushu” *1. Shizen Energy submitted a proposal in response to an open recruitment by the Kitakyushu City Government, and the proposal was selected. The project constructed both a wind power plant with a rated output of approx. 5 MW and a solar (photovoltaic) power plant with one of approx. 0.6 MW (AC). This is the second project that Shizen Energy has completed through this open recruitment, following the completion of the solar power plant with a rated output of approx. 1.9 MW (AC) in February 2015. Also, the Plant is the second completed wind power plant, following the project in Karatsu, Saga Prefecture, in February 2018.
The Plant has two characteristics including: 1) install a large 5-MW turbine designed for ocean on land, and 2) install wind and solar power generation facilities on the same lot, for study of effective use of land and systems. The Plant’s wind power generation facilities are the largest in Japan in terms of business-use wind power generation facilities constructed on land (as of May 2020, research by Shizen Energy).
Thanks to the understanding and support from the local communities and local industries, including cooperation of manufacturing wind turbines, foundations, transmission cables by the local manufacturers, the construction of the Plant was achieved. The yearly generated output is expected to be equivalent to the amount of power used by 3,120 households *1. Shizen Energy sells the generated power to Kyushu Electric Power Co., Inc. under the Feed-In Tariff (FIT) scheme for renewable energy transactions at fixed prices, and also considers supplying and selling the power generated at the Plant to “Shizen Denryoku no Denki” service in the future. 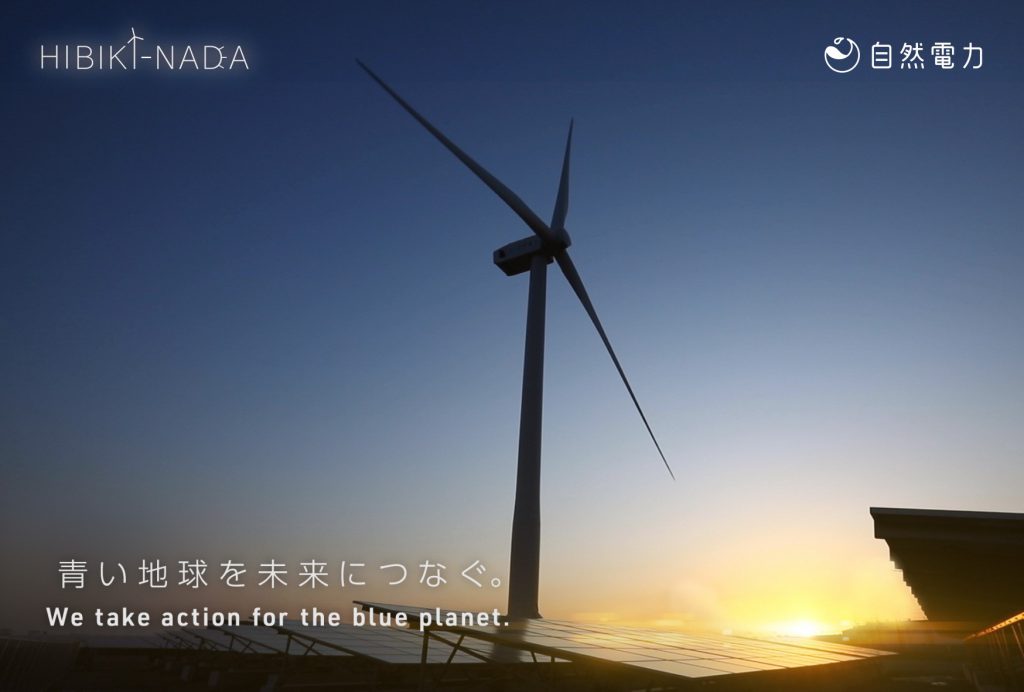 [Reference]
*1 The average annual electricity consumption for general household is calculated as  3,120 kWh.