This project has built a 1.4 MW (DC) mega-solar plant that will be the first plant for Shizen Brazil operated outside Brasilia. Power generated by the plant will be supplied through a remote net-metering system to Bank of Brazil which is the largest bank by assets in Brazil and all of Latin America. The power plant will offset the consumption of electricity of 35 branches of the bank in the State of Para, and is Bank of Brazil’s first solar power plant in the northern region of Brazil.

Ricardo Forni, Director of Supply, Infrastructure, and Assets of Bank of Brazil said “we are very glad to inaugurate our second power plant in Brazil, in the State of Pará. The bank also included a social aspect to its public tenders. This is a way we found to reach out to far away communities and create actual positive impacts for them. The Bank of Brazil is set on taking care of what is valuable for people, and sustainability is an important factor for us.”

Click here to watch a video about the project: https://youtu.be/eI_jof_yjcY

*1: “Net-metering” is a utility billing mechanism for distributed energy system owners. With net-metering, consumers are only billed for the difference between the energy purchased and consumed from the grid, and the energy generated by their own facilities. When the amount of generated power surpasses that of consumption, the surplus can be carried forward to the following month. In the U.S., net-metering is adopted in 43 out of 50 states and in Washington D.C. In November 2015, the Brazilian government revised its laws regarding net-metering and is facilitating the introduction of renewable energy.

[Picture of the solar power plant] 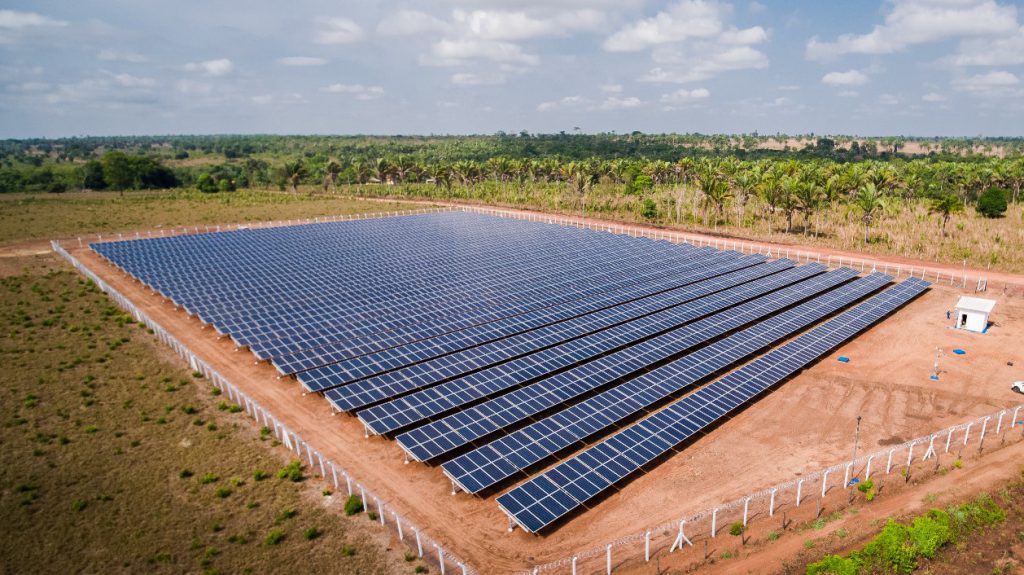 Founded 25 years ago, Espaço Y operates multiple businesses, including Real Estate development, construction, call center, and others. Espaço Y is a local reference in the construction, property, and telco industries. The company joined the renewable energy segment in 2018 after announcing a partnership with Japanese Shizen Brazil. Espaço Y’s stalwart is to develop great places to live, and to do so with a commitment to social responsibility and sustainable development.

[About Shizen Energy Inc.]
Founded in June 2011 with the mission of “We take action for the blue planet.”, Shizen Energy group has contributed to the development of approximately 1 gigawatt (as of the end of December 2019) worth of renewable energy across Japan. It is engaged in all services required for the installation and operation of solar, wind, small hydroelectric, and other renewable energy power plants, such as development, EPC (engineering, procurement, construction), O&M (operation and maintenance), electricity retail market, and asset management. The company intends to construct photovoltaic power plants in countries around the world, beginning with the regions of Asia and South America. More specifically, in 2018, it launched the construction of such plants in Indonesia and Brazil.