Change in a Representative Director at juwi Shizen Energy Operation

juwi Shizen Energy Operation Inc. (“jSEO”) has appointed one of its directors Tetsushi Hanayoshi, who has driven growth for the Shizen Energy Group over the years, to assume the role of Representative Director in place of Amane Sasaki effective November 1, 2021.
Jan Warzecha will continue in his current role as the other Representative Director of jSEO, spearheading the management of the company alongside Hanayoshi. Sasaki will also be contributing to further advancement of the Shizen Energy Group as the General Manager of the Energy Design Department, Shizen Energy Inc., going forward.

Since launching operations in 2013 as a specialist in the operation and maintenance (O&M) of renewable power plants, jSEO has provided world-class O&M services at upwards of 100 solar power plants and wind farms throughout Japan. In recent years, jSEO has been particularly focused on accelerating expansion of its business and bolstering its sales capabilities and reached a total of 500 MW in cumulative total contracts in August 2021.

With further increases in the number of renewable energy power plants, Hanayoshi will build a stronger foundation for jSEO’s operations by leveraging his experience establishing new core business in areas such as wind, hydroelectric, and biomass and spearheading organizational framework at Shizen Energy Inc. as he takes on a greater role in management to expand the company’s business.
Regarding this change in representative directors, Hanayoshi said, “It is essential to continue stabilizing the operations of each power plant if we are to further increase the renewable power generation capacity in Japan. jSEO will develop into an organization that handles more operations of these power plants and helps to accelerate the spread of renewable energy throughout Japan.”

The Shizen Energy Group will be accelerating its efforts to create a 100% renewable-powered planet by actively hiring diverse and talented personnel from around the world and making this a field where we can take on new challenges as we “take action for the blue planet.”

* Hanayoshi will also continue his existing roles at Shizen Energy Inc. in charge of wind, biomass, and geothermal business and as manager of the Fukuoka Office. 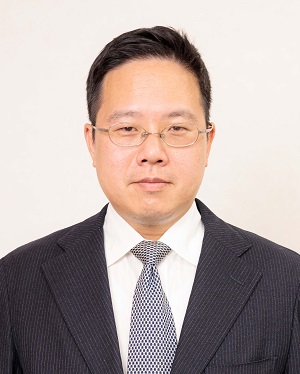 Worked in legal affairs and human resources at Coca-Cola West Co., Ltd. (currently Coca-Cola Bottlers Japan Inc.) after graduating from university. Afterward, he studied regional consensus building as a publicly-financed secretary of a member of Japan’s House of Representatives, then joined Shizen Energy in March 2014. After serving as West Japan Area Manager for the Business Development Department in the solar power generation business, he engaged in launching wind, hydroelectric, and biomass businesses, after which he became general manager of the department. At the same time, he was involved in the establishment and management of the Fukuoka Office and Kansai Office. Assumed the position of director at juwi Shizen Energy Operation Inc. starting in October 2021. Assumed current position in November 2021.
Graduated from the Faculty of Policy Management at Keio University.